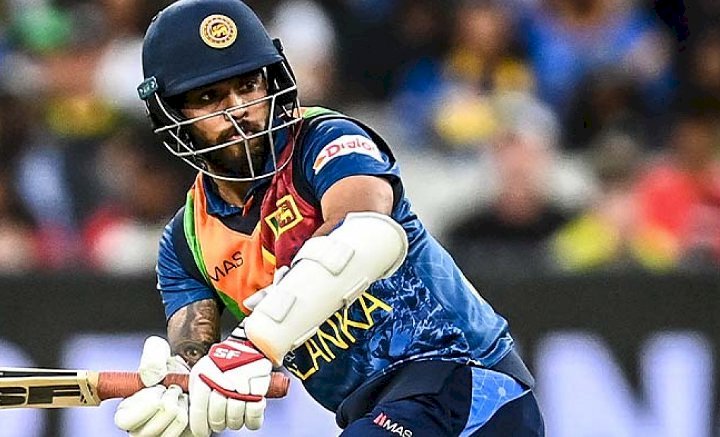 Sri Lanka has pulled off an exciting consolation victory in the fifth and final match of its Twenty20 series against Australia at Melbourne Cricket Ground on Sunday.

Despite some hiccups including two run outs Sri Lanka sneaked past Australia's total of 6-154 with just one ball to spare.

Kusal Mendis' unbeaten 69 off 58 took the guests home despite Australia staying in the contest till the final over of the game.

Sri Lanka chased down 155-run target to taste their first victory in their tour to Australia that included series of 5 T20I matches.

Earlier, Australia won the toss and opted to bat first. Their openers failed to make noticeable contribution as Aaron Finch and Ben McDermott were dismissed early on scores of 8 and 3 runs, respectively.

Josh Inglis (23 off 20) and Glenn Maxwell (29 off 21) revived Australia’s innings to some extent before Matthew Wade’s unbeaten 43 off 27 balls, laced with two fours and as many sixes, powered the hosts to a respectable total of 154/6 at the end of 20 overs. Dushmantha Chameera was the standout bowler for Sri Lanka with figures of 2/30

Sri Lankan fans packed out the Ponsford Stand at the city end of the MCG to create an electric atmosphere amid a crowd of just 17,566.

The upcoming Lankan Premier League (LPL) logo was launched with the impression of a lion whose iconic mane blows in the wind which the organ .... >>

Australia has won the second T20 against Sri Lanka at the SCG on Sunday in a Super Over thriller after a missed wide call ultimately cruelle .... >>

The men's T20 World Cup due to take place in Australia from October 18 has been postponed until next year due to the coronavirus pandemi .... >>

The 2020 Olympic Games will be postponed by one...

The International Olympic Committee (IOC) has decided to postpone the Tokyo 2020 Summer Games because of the coronavirus pandemic, IOC .... >>

Yupun Abeykoon the only Sri Lankan athlete to...

There are 1.9 billion people in South Asia. More than 24% of world population. 51% of them are male. And only one achieved olympic qualifica .... >>