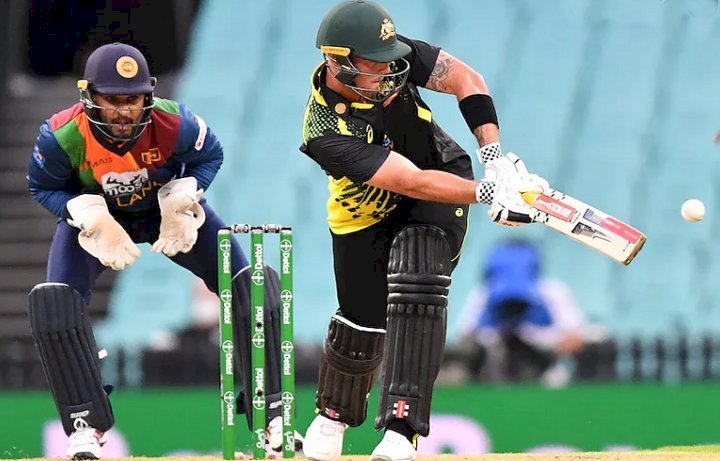 After Australia posted 164/6, Sri Lanka scored 164/8 in their chase. In the super over, Sri Lanka could only manage 5/1, which the hosts chased down in three deliveries.

Sri Lanka, who needed 46 runs off 18 balls, and then 19 off the final over, clawed itself back into the game at the death to match Australia’s total of 164 after 20 overs.

It was a wild finish to regulation with multiple big moments that could have won the game for either side.

Glenn Maxwell dropped a ball for six in the penultimate over, while Steve Smith appeared to save a maximum in the final over with a stunning dive. 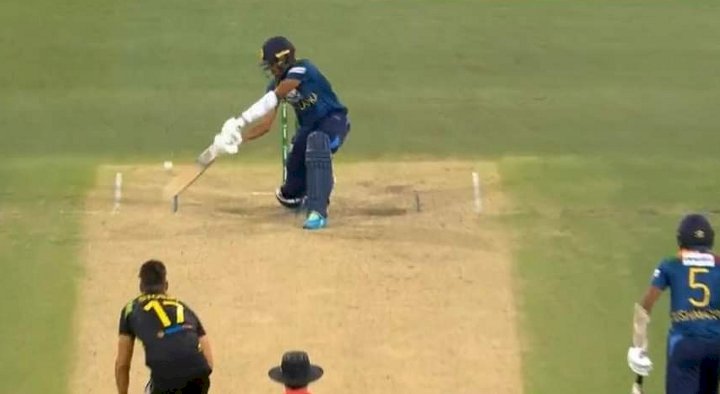 He launched himself over the rope and knocked the ball back into play — while his head hit the ground hard, forcing him to leave the field in worrying scenes. But because his foot stepped on the rope when he made the initial jump, it counted as a six.

Marcus Stoinis, who was bowling the final over for Australia, then delivered what should have been called a wide, but it was missed by the umpires.

“To me that’s a wide,” Shane Warne said on Fox Cricket. “I think Sri Lanka should have got that extra run which means they would have won the game.

“Even the batsman is saying how’s that a wide?”

Kerry O’Keeffe agreed, saying: “It was outside the blue ... that’s a wide.”

Needing four off the final ball, Dushmantha Chameera found the boundary at long mid-off to force a rare Super Over.

Josh Hazlewood was tasked with bowling the extra set and delivered for Australia, taking one wicket and leaking just five runs.

In reply, Glenn Maxwell hit a single off Wanindu Hasaranga, while Stoinis hit consecutive boundaries to win the match with three balls to spare in the Super Over.

Earlier, a resilient 73 from 53 balls from Sri Lankan opener Pathum Nissanka and a brutal 34 from 19 balls – including three sixes – from captain Dasun Shanaka, put the tourists in a position to take the match at the death having been 4-67 half-way through the chase.

Hazlewood proved to be too strong, taking 3-22, while Pat Cummins, Stoinis, Kane Richardson and Adam Zampa all took one wicket each.

In the first innings, Josh Inglis topscored for Australia — who lost the toss — with 48 from 32 while Aaron Finch (25) was the only other Australian to pass 20 runs.

It was a deflating loss for Sri Lanka, but the result did not come without some positives, namely from young opener Pathum Nissanka who finished with a brilliant 53-ball 73. It was an innings that left his skipper calling him "world class".

"These youngsters take the fight on. I'm really impressed by the performance. Nissanka is a world class player."

With input from NCA Newswire /Newswire.lk

Australia takes the first T2OI against Sri Lanka at the SCG

Sri Lanka has pulled off an exciting consolation victory in the fifth and final match of its Twenty20 series against Australia at Melbo .... >>

The upcoming Lankan Premier League (LPL) logo was launched with the impression of a lion whose iconic mane blows in the wind which the organ .... >>

Two possibly three athletes in the Olympic village have tested positive for COVID-19. The three positive tests are among 10 confirmed c .... >>

Australia to spend $270b building larger military to prepare...

NSW Health department press release and where the infections...

Eliyantha White passes away due to Covid

No fuel for private vehicles in Sri Lanka until July 10