Sri Lanka ranked second in the successful fight against Covid -19 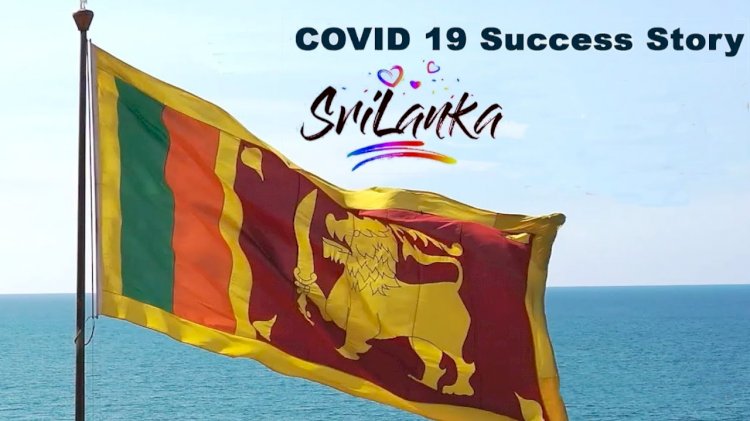 A well-known Chinese financial think tank, YICAI Research Institute,  released a comprehensive survey report in terms of Covid-19 pandemic prevention measures, economic recovery and international cooperation in 108 countries, with Sri Lanka ranked 2nd in overall score. It’s the highest international recognition so far for the island nation in fighting the coronavirus. The English full report is scheduled to be published in October, the Chinese embassy in Colombo announced here on Saturday.

Nine out of the top 10 countries were in the Asia-Pacific region, namely South Korea, Sri Lanka, Myanmar, Thailand, Vietnam, Cambodia, Australia and New Zealand, according to the report which was released on Sept. 22. Ghana was in third place.

Germany was the highest-scoring European country, coming in 23rd, with Austria, Greece and Switzerland also among the continent’s better performers.

The US and Brazil, both countries with leaders who initially downplayed the problem and with lower levels of co-operation by the public, ranked 98th and 89th respectively.

Sweden, which opted for the controversial policy of herd immunity, came in at number 90.

The Yicai Research Institute used the SEIR epidemiological model to predict the state of the pandemic in different nations, classing them as either Susceptible, Exposed, Infectious or Removed, as well as its own self-developed ‘social network-based virus transmission model.’

Countries with strict epidemic prevention policies, such as China, South Korea and Italy, all had the pandemic under control and logged less than one newly confirmed case in July, the models showed, which based their calculations on earlier disease trajectories and with the assumption that asymptomatic cases continued to be present.

For those countries that had the outbreak under control in its early stages and then saw new clusters emerge all had more than one new infection in July, indicating that consistent epidemic prevention and control measures are essential.

Until an effective vaccine is widely available, the novel coronavirus will co-exist with humans, the report concluded. Effective governance that responds quickly using technological means and which can depend on public support is an effective strategy to deal with the pandemic.

YICAI Research Institute is part of the China’s largest financial media conglomerate Yicai Media Group (“Yicai” is the Pinyin abbreviation of its official Chinese name, meaning first and best in financial and business media). Founded in July 2003, Yicai employs a team of 1,000 journalists and professionals specializing in finance and economics, and runs over 10 overseas stations, sending real-time financial and economic news coverage back to the headquarter from New York, Singapore, Tokyo, London, Paris etc around the world. In 2015, e-commerce tycoon Jack Ma’s Alibaba Group took a 30 percent stake in Yicai.

21st March Another 51 people in Victoria have tested positive for coronavirus overnight and the state's total number of coronavirus c .... >>

NSW records no new cases of COVID-19 for the...

There have been no new coronavirus infections recorded in NSW for the first time since the pandemic began. As at 8pm Monday 11 May 2020, .... >>

NSW has recorded 17 new cases of coronavirus overnight, eight of those in hotel quarantine and four are linked to a funerals cluster in .... >>

Contact Tracing mobile app could be the key to...

Australia soon will adopt a sophisticated mobile phone app that tracks coronavirus victims and the people they come in contact with. An a .... >>

Some restrictions could be relaxed in NSW

Army to doorknock in Melbourne to help with contact tracing...

SL Govt. and health authorities allow LPL to go ahead