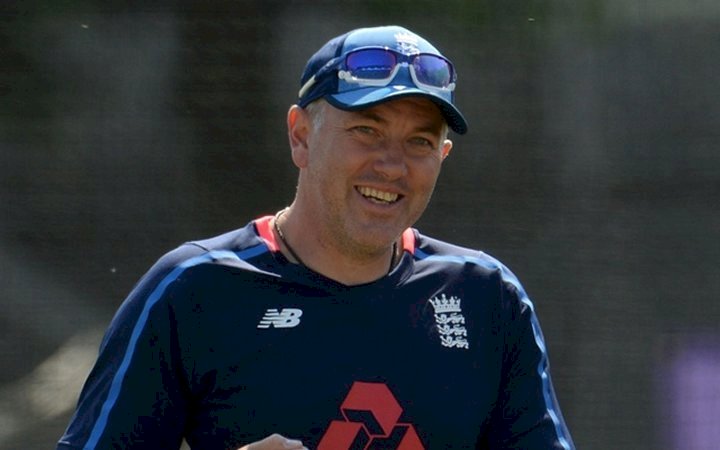 Former England head coach Chris Silverwood is all set to take charge of the Sri Lankan national team, the Sri Lanka cricket board announced on Saturday.

The former England pacer's first competitive assignment with the Sri Lanka national team will be the upcoming away Test series in Bangladesh. He is contracted for a two-year period.

"We are delighted to appoint Chris as the new Head Coach of the national team. He is an extremely experienced coach and from our discussions with him in the recruitment process it is clear he has the required qualities we are looking for to take the team forward," said Sri Lanka Cricket (SLC) CEO Ashley De Silva.

"I am very excited to be on board with Sri Lanka and I cannot wait to get over to Colombo and get started. They have a talented and passionate group of players and I am really looking forward to meeting up with the players and coaching staff very soon," Silverwood said on his part.

Silverwood was appointed as head coach of England men's team in October 2019.

He had previously served as the team's bowling coach, working under then head coach Trevor Bayliss when England won the ICC Men’s ODI World Cup in 2019.

Silverwood featured in six Tests and seven ODIs for England and played county cricket for Yorkshire and Middlesex.

After his playing career, he took to coaching. He guided the Mashonaland Eagles in Zimbabwe to victory in the inaugural Logan Cup before a very successful stint as the Head Coach of Essex County Cricket.

At Essex, Silverwood helped the club's promotion in his first year in charge and led them to win the County Championship in 2017, after a gap of 25 years.

Silverwood, who was appointed England's head coach in October 2019, quit his role with the English side after the 4-0 Test Ashes series loss to Australia earlier this year.

Two possibly three athletes in the Olympic village have tested positive for COVID-19. The three positive tests are among 10 confirmed c .... >>

Sri Lanka defeated Australia in the final T20I at Pallekelle by four wickets as the Sri Lankan skipper Dasun Shanaka played one of the .... >>

Yupun Abeykoon the only Sri Lankan athlete to...

There are 1.9 billion people in South Asia. More than 24% of world population. 51% of them are male. And only one achieved olympic qualifica .... >>

Sri Lanka has surpassed India and all other SAARC countries after 28 years by winning 28 gold medals in the athletic events at the South Asi .... >>

NSW COVID-19 vaccination rate may well be the fastest in...