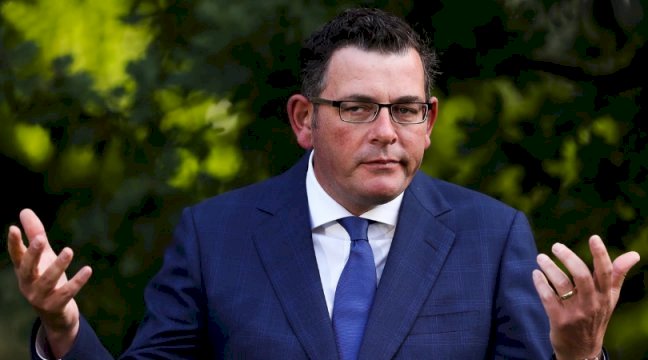 Victoria has recorded its highest amount of daily COVID-19 cases since the second wave with 120 being recorded on Wednesday. Of the recorded cases, 64 are linked to known outbreaks, 56 are mystery cases, and it is not currently known how many were infectious in the community.

Premier Daniel Andrews has revealed the state’s lockdown exit plan, with some restrictions to ease from tomorrow while others will kick in towards the end of September.

However Victorians have been warned the state’s Covid situation has shifted dramatically, with the Premier revealing a raft of restrictions are set to change.

Yesterday, Premier Daniel Andrews said he would be providing case number thresholds that would trigger easing of restrictions. However, the easing of restrictions announced today are instead linked to the state reaching a 70 per cent vaccination rate of first doses. This is the same strategy adopted by NSW, announced by New South Wales premire few weeks ago.

Accordingly vast  majority of Victoria's restrictions will stay in place until 70 per cent of Victorians have received at least one dose of vaccine, Premier Daniel Andrews has confirmed.

Authorities anticipate reaching the 70 per cent threshold by around September 23.

After that threshold is reached The following changes will come into effect when that goal is reached:

Mr Andrews also announced that the Year 12 GAT exams would be moved to October 5, with senior students to be given priority access to vaccines in the lead up to this date.

He also confirmed face-to-face learning would not return for Term 3, with a “detailed plan” for what Term 4 will look like to be delivered next week.

When asked what had changed, Mr Andrews said the advice of the chief health officer changed last night when the new case numbers came through.

“These numbers are considerably worse than they were yesterday. When you add the two of them together and indeed go back three days, this has deteriorated quite fast,” he said.

“It’s now a question of how much it goes up by. That was provided to us last night. We had very lengthy meetings, very difficult meetings because it is not easy to have to confront that fact but they are the facts. And that is why things have changed today.”

Overnight, Victoria recorded its first deaths from coronavirus since November this year. The 49-year-old woman from Northcote and a woman in her 60s from Hume were both declared dead in their respective homes on Tuesday after developing COVID-19.

New Year Message from the President of Sri Lanka

The dawn of the New Year instinctively inspires us to look to the future with optimism and determination. Therefore, we welcome the year 202 .... >>

US Secretary of State Mike Pompeo to visit Sri...

The United States will urge Sri Lanka to make "difficult but necessary choices" on its economic relations when Secretary of State .... >>

Sri Lanka’s economy is among the worst affected...

Sri Lanka’s economy is among the worst affected by the current COVID 19 crisis, according to a ranking published by the Economist this .... >>

The Chief Prelates of all three Buddhist Chapters in Sri Lanka today called on the President, Prime Minister, Opposition Leader and all Memb .... >>

NSW and Victoria Covid cases could hit over 2000 a day...