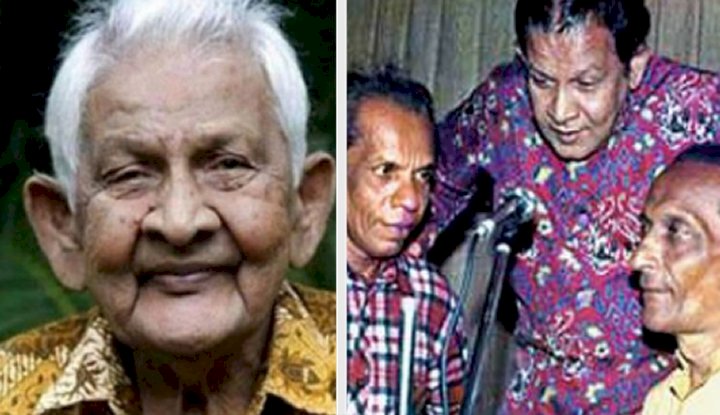 He was 98 years old at the time of his death. He was receiving treatment at the Kahawatte Base Hospital

Gunathilake, along with his close friends Annesley Dias and Samuel Rodrigo, rose to popularity when they presented the comedy shows on Radio and Television.

He received his primary education at Ampitiya Primary School and then secondary education from Sangharaja Pirivena in Kandy In 1953, he joined Lake House publishers and worked there as a junior pastor for twelve years.

He received the Lifetime Achievement Award for his service to the field of television,  at the State Television Awards on January 12, 2014.

Veteran dancer and choreographer Kulasiri Budawatte has passed away at the age of 71. Budawatta was one of the most senior performing art .... >>

A beautiful Sri Lankan Christmas album was launched on the 12th of December 2021 at the Polish catholic church in Sydney, Australia  wh .... >>

Legendary actor  Dilip Kumar, one of Indian cinema’s most iconic actors, has died in the western city of Mumbai, his family said. .... >>

Covid restrictions ease, as NSW marked its 25th day of...