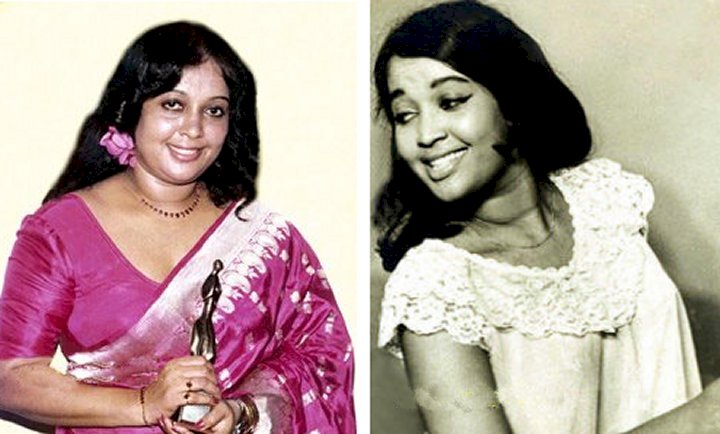 Born on 21February 1948  Sumana contributed to the Sri Lankan film industry as an actress, assistant director, production manager, costume designer as well as a producer. For over 40 years

Sumana Amarasinghe began her acting career in the film Pipena Kumudu, directed by Ruby de Mel. Even though she started film career with dramatic roles, she turned to comedy roles in later stages particularly through films directed by her husband. Some of her popular films are Binaramalee, Sunethra, Jonsun and Gonsun and Re Daniel Dawal Migel trilogy

She was married to renowned fellow Sri Lankan actor and producer Roy De Silva. Roy died on 30 June 2018 while treated for a heart attack at Sri Jayawardenepura General Hospital. and they have two children.

Pushpika De Silva’s titled as ‘2021 Mrs. Sri Lanka for Mrs. World’ has been denounced with immediate effect as per the dec .... >>

Veteran  Journalist and pioneer in Sri Lankan media Elmo Gunaratna has passed away on Saturday due  to complications of Covid-19. .... >>

Toddler Gets Tangled in a Kite and Blown Into...

A three-year-old girl in Taiwan has been caught up in the strings of a kite and lifted high into the air in front of horrified onlookers, be .... >>

Kuwait said it will lower the number of expats living in the country within months through a new residency law, national daily Kuwait Times .... >>

Major Australian health funds have put annual premium increases on hold as the public battles through the coronavirus crisis. Families can b .... >>

Australian Defence Force to help in Victoria to contain...

Sri Lanka gets safe travels stamp from World Travel and...