Sri Lankan International Airport Second Terminal to be ready by 2023 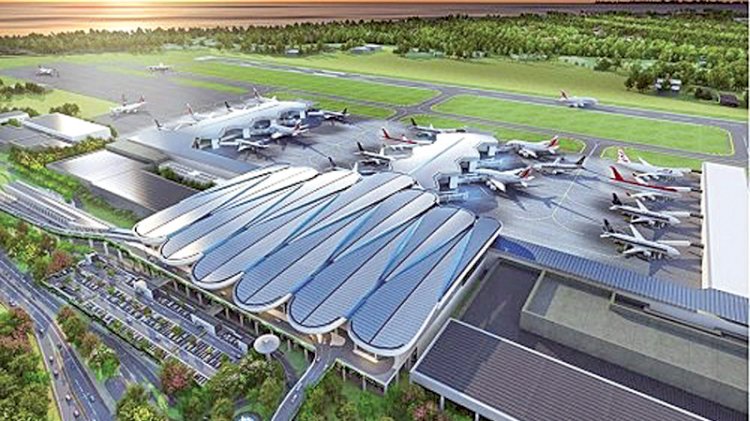 President Gotabaya Rajapaksa yesterday ordered the completion of construction on Bandaranaike International Airport Second Terminal before the end of 2023.

The construction of the second terminal of the airport, commenced in 2014 and was scheduled to be completed by 2017.

Experts in the field have opined that many features in the plan do not fit in to the current requirement as the construction of the project was not carried out as scheduled. Chairman of the Presidential Task Force for Economic Revival and Poverty Alleviation Basil Rajapaksa said that the second terminal of the airport should be developed as a smart terminal to suit 2023 with all technological facilities.

The President made these directives at a discussion on the future plans of State Ministry of Aviation and Export Development held at the Presidential Secretariat on Wednesday.

The discussion focused on the steps to be taken as Covid-19 has made an adverse impact on aviation industry and airport operations.

The President ordered the officials to continue the construction of the second terminal uninterrupted day and night and complete the project soon.

Construction can be continued uninterrupted as the airport is not fully functional due to the Covid-19 pandemic.

The airport will handle more than 15 million passengers with the completion of second terminal of the airport.The new project will operate departure and arrival facilities as separate terminals.

On completion of the second Terminal building, BIA would will be able to handle total capacity of 15 million passengers annually with the number of Terminal Gates increasing two-fold by 2023.

Construction of a multilevel terminal building with an approximate floor area of 180,000 m2, will have arrivals and departures separated vertically. It woul have modern baggage handling facilities; more space for passengers and new Immigration/ Emigration facilities with a bigger apron to accommodate 36 aircrafts.

It is also designed to provide an efficient service to passengers through e-Gate facilities. In parallel, a parking lot will also be constructed adjacent to the airport.

President Gotabaya Rajapaksa yesterday ordered the completion of construction on Bandaranaike International Airport Second terminal before end of 2023.The construction of the second terminal of the airport, commenced in 2014, was scheduled to be completed by 2017.

The Reserve Bank of Australia is warning a 40 per cent fall in house prices is 'plausible'  as coronavirus pushes up .... >>

Sri Lankan Rupee Slide over 200 against US$ for...

Sri Lanka’s Rupee fell to its lowest close today surpassing Rs. 200 against the US dollar for the first time in history. The sellin .... >>

Social network giant Facebook Inc. is rolling out a new video-chat feature to rival Zoom, part of a suite of new offerings aimed at users ke .... >>

Sri Lankan President officially informs PM that he will...