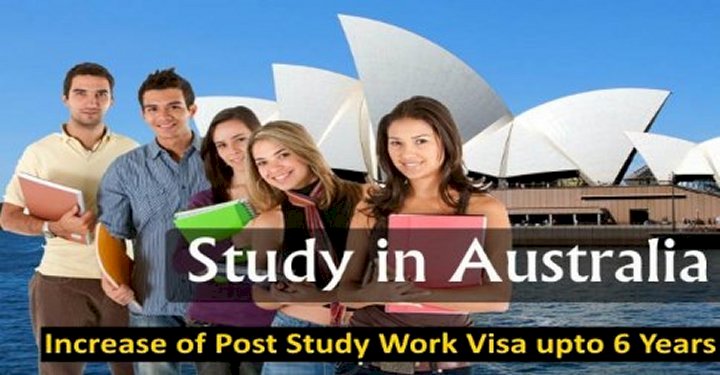 This could dramatically boost the country’s competitiveness as a study abroad destination. This could be life-changing news for anyone studying (or planning to study) in-demand skills in Australia.

The extension applies to international student graduates in areas of verified skill shortages. Qualifying courses haven’t been announced yet, but will address current sector skill gaps. Relevant areas of study may include accounting, engineering, nursing, and information technology—all popular fields of study for international students.

This post-study work rights extension is another great reason to study in Australia, and makes it easier than ever to find career success after graduating.

The extensions should help Australia to increase the stay rate of the international students the country’s economy needs the most. Minister for Education Jason Clare points out that “At the moment, only 16% of international students stay on after their studies end.” He says the longer work permits “will mean they can stay on longer and use the skills they’ve gained in Australia to help fill some of the chronic skills shortages we have right now.”

A working group is being formed to advise the Department of Home Affairs on which degrees will lead to the longer work permits. This group will include representatives from the Council of International Education, the National Tertiary Education Union, Universities Australia, and the Departments of Home Affairs and Education, and their input is due by 28 October 2022.

Universities Australia’s CEO Catriona Jackson welcomed the government’s news, saying that “extending post-study work rights sends the right signal to international students who want to use their Australian education in Australia’s regions and cities, when and where there is a clear need for their skills.”

The government also announced that it will funnel AUS$36.1 million into visa processing “to support 500 surge staff over the next nine months.” The idea is to reduce the amount of time students must wait for visa processing and decisions. Delays in this area have dismayed many international students over the past few months and some students have switched their study destination as a result.

'Save A Dream' and Rotary deliver much needed...

Save a Dream in Australia and Rotary Club  happy to announce that yesterday we delivered a much needed life saving Nitric Oxide cylinde .... >>

President promises a Constitution with “One country,...

President Gotabaya Rajapaksa promised sweeping changes to the Sri Lanka’s Constitution that will ensure a stable Parliament and “ .... >>

A Sydney couple are in shock after being slapped with a $112 fine for leaving their car window open – despite one of them being in &ld .... >>

Australian Deputy Prime Minister Barnaby Joyce has been fined by NSW Police for failing to wear a mask, in breach of public health orders.&n .... >>

Monday’s easing of restrictions postponed in Victoria as...

Curfew extended in Sri Lanka to contain spread of coronavirus