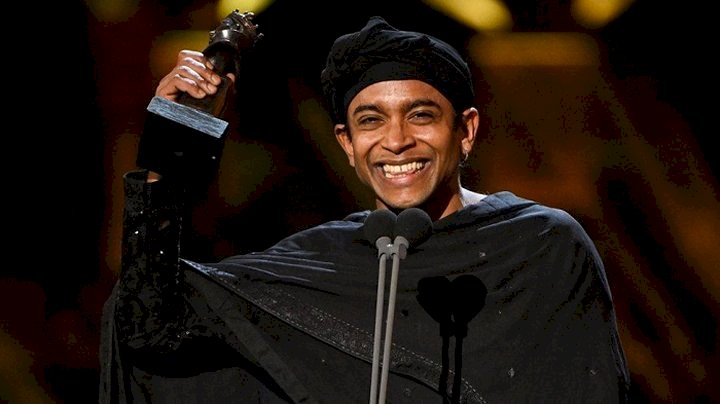 Life of Pi, Lolita Chakrabarti’s stage adaptation of the Booker prize-winning novel by Yann Martel received five-star reviews when it opened at the Sheffield Crucible, and Abeysekera’s performance as Piscine “Pi” Patel – shipwrecked with various zoo animals, including a ravenous tiger – was hailed as star-making.

The play’s lead, Hiran Abeysekera, won the best actor, while the seven actors who play the tiger shared the best supporting actor prize.

In a touching speech, Abeysekera said he was “overwhelmed” to win Best Actor. He paid tribute to his home country, Sri Lanka, which he said was going through a “tough time now... I think of you and wish I was there with you”.

An oldboy of Nalanda College 36 old hiran is only the second Sri Lankan to graduate from the internationally renowned drama school, Royal Acadamey of Dramatic Arts (RADA) in London

Legendary actor  Dilip Kumar, one of Indian cinema’s most iconic actors, has died in the western city of Mumbai, his family said. .... >>

The funeral of the late Sunil Perera was held at the Borella cemetery Yesterday. Above is the Video tribute to legendary Sunil Perera by Ada .... >>

A veteran Sri Lankan actor and stunt director Alexander Fernando passed away on Wednesday (29). He was 80 at the time of his demise. He h .... >>

Popular actor of yesteryear, Tissa Wijesurendra has passed away at the age of 71. He passed away while receiving treatment at the Apeksha .... >>

Army to doorknock in Melbourne to help with contact tracing...

Brisbane to go into three-day lockdown

Troops ordered to open fire on looters as Curfew extended...