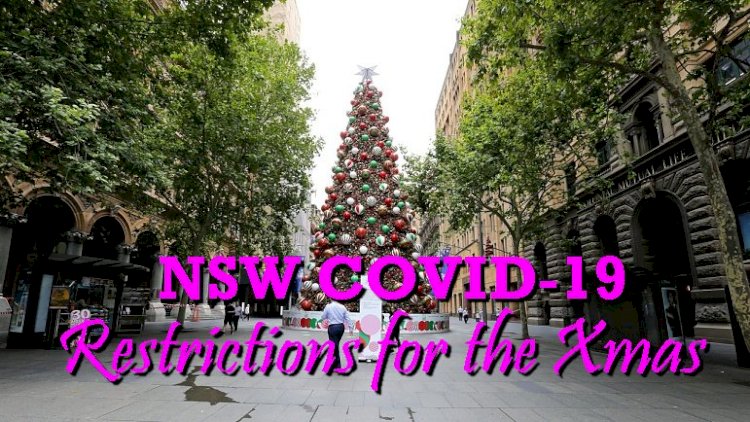 New South Wales recorded its second day of new infections in the single digits, with eight locally-transmitted cases recorded. Seven of the new cases have been linked to the Northern Beaches.

The Premier said the risk was too high to make greater changes.

From 24 December, the lockdown of Sydney's Northern Beaches will be split into two regions, with residents north of the Narrabeen Bridge and east of the Bahai Temple on Mona Vale Road subject to harsher conditions.

Those in the northern region of the Northern Beaches will be permitted to host five guests from inside the lockdown area on the 24, 25, and 26 December, while households south of the bridge can have 10 people to their home from across Sydney.

Residents of Greater Sydney and the Central Coast will also be able to host 10 people at their home plus any number of children under 12 for Christmas celebrations, a slight adjustment to previous conditions which included children in the 10-person limit.

Folowing is the detail information in relation to restrictions on December 24, 25 and 26.

For the Northern Beaches peninsula zone (North of Narrabeen Bridge, and east of the Baha’i Temple):

For the remainder (southern zone) of the Northern Beaches:

In addition, as of 1 January 2021, hospitality venues and hairdressers will be required to use the NSW Government QR code system.

The Premier thanked all those who are in self-isolation over the Christmas period.

“It is important to remember that COVID-19 is still circulating in the community, especially when you gather with family and friends over the Christmas period”

“We are urging the community to continue to play their role in controlling the spread, by getting tested if symptoms develop, practising physical distancing and good hand hygiene, and by wearing a mask, particularly indoors”

Decisions on New Year’s Eve and upcoming sporting events will be made after this Christmas period.

Great news for international students who aspire to stay and work in Australia. Jason Clare, the Minister of Education, has extended th .... >>

Veteran actor Jayalal Rohana has passed away at the age of 56 while receiving treatment at the Colombo North Teaching Hospital, Ragama this .... >>

The Writers Guild of Sinhalese Cultural Forum of NSW Inc has launched a project to publish a collection of short stories written by people o .... >>

Sri Lanka president takes U turn - no resignation until...

Moderna COVID-19 vaccine approved for use in Australia

Jetstar Asia to become only LCC to fly direct Singapore...