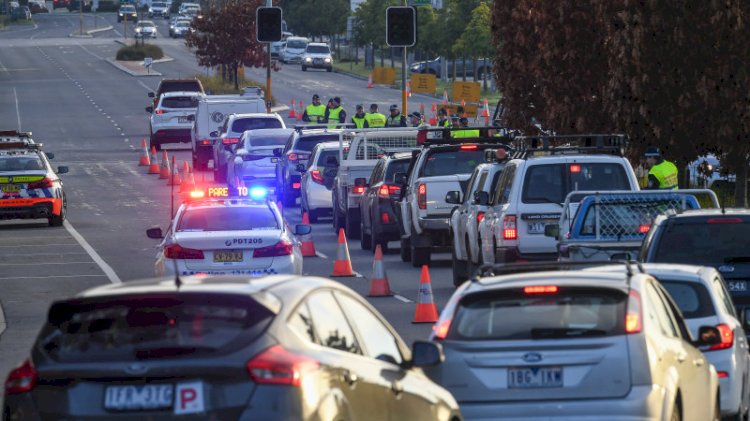 The growing cluster of cases in Sydney's Northern Beaches has prompted States and Territories to impose new restrictions on those wishing to travel.

As of Sunday morning, the Avalon cluster had grown to 68 cases, prompting a number of further restrictions to be imposed across Greater Sydney.

Other states have also reacted to the increasing case numbers by imposing restrictions on those looking to travel interstate.

Following is a breakdown of where you can and cannot travel if you're from Sydney as from this (Sunday)  Evening.  The folowing is based on information available as at 4pm Sundy.

As of 11:59pm on Sunday night, all of Greater Sydney and the Central Coast will be classed as a "red zone" under Victoria's traffic-light permit system that was introduced on Friday night.

That means anyone entering Victoria who is from or visited that "red zone" area will be forced to complete 14 days hotel quarantine.

Victorian Premier Daniel Andrews said Victorian residents who have been in Greater Sydney or the Central Coast would be able to self-quarantine at home, but only if they came back before midnight on Monday under a "special arrangement".

From 1:00am Monday morning, Greater Sydney will be considered a hotspot by the Queensland Government.

That means people who have been in Greater Sydney are banned from entering the state unless they have an exemption.

Queensland residents who are in the Greater Sydney area have until 1:00am on Tuesday to return to the state and will have to get tested and quarantine at home on arrival, Premier Annastacia Palaszczuk says.

Upon arrival, those returning Queenslanders will have to have a test and quarantine for 14 days at home.

Anyone travelling to Queensland will also be required to complete a border pass declaration form.

From midnight on Sunday, all arrivals into South Australia from the Greater Sydney area will be forced to quarantine for 14 days.

Those travellers will also be required to have a coronavirus test three times — on arrival, on day five and on day 12.

Anyone who has been in the Northern Beaches area will be barred from South Australia entirely.

People arriving from regional New South Wales will be required to have a test but don't need to isolate.

Tasmania declared the Greater Sydney area medium-risk from midnight Saturday and anyone who travels from Sydney will have to quarantine for 14 days, either at home or at their own cost in a Government facility.

The Northern Beaches area is already declared high-risk and travellers from there are not permitted to enter unless approved as an essential traveller or if they’re a returning Tasmanian resident.

If you are a returning Tasmanian resident, you'll have to prove it and apply through the G2G app.

You will be quarantined on arrival and required to take a COVID-19 test within 48 hours.

The remainder of NSW will remain low-risk, and travellers will be allowed to enter without quarantining.

On Sunday evening, the ACT Government said anyone coming from Sydney from midnight onwards would be asked to self-declare and quarantine. Returning Canberrans will be allowed to enter the Territory, but will have to quarantine at home.

However , the ACT Government said anyone from Sydney who is not an ACT resident should not travel to the Territory.

That expanded on a previous direction that required anyone from the Northern Beaches to not travel to the ACT, bringing the Territory in line with other jurisdictions around the country.

President Gotabaya Rajapaksa has officially informed Prime Minister Ranil Wickremesinghe that he will resign from the presidency as informed .... >>

Australia could record 200,000 cases of Omicron per day before the end of January unless state governments re-introduce restrictio .... >>

Victoria has recorded its highest-ever spike of coronavirus cases, with an alarming 428 cases reported overnight with 3 deaths. The recor .... >>

Sri Lanka’s economy is among the worst affected...

Sri Lanka’s economy is among the worst affected by the current COVID 19 crisis, according to a ranking published by the Economist this .... >>

Arsalan Tariq Khawaja . the brother of Australian cricketer Usman Khawaja has been jailed for a minimum two-and-a half years after he framed .... >>

One hundred Members of Parliament have written to President Gotabaya Rajapaksa and Prime Minister Mahinda Rajapaksa asking that they interve .... >>

Worst is Yet to come – Premiere of NSW

Cattle slaughter to be banned in Sri Lanka

Protests in Australia and New Zealand against the Sri Lankan...

Eliyantha White passes away due to Covid

New mask rules in Victoria kick in on Sunday night